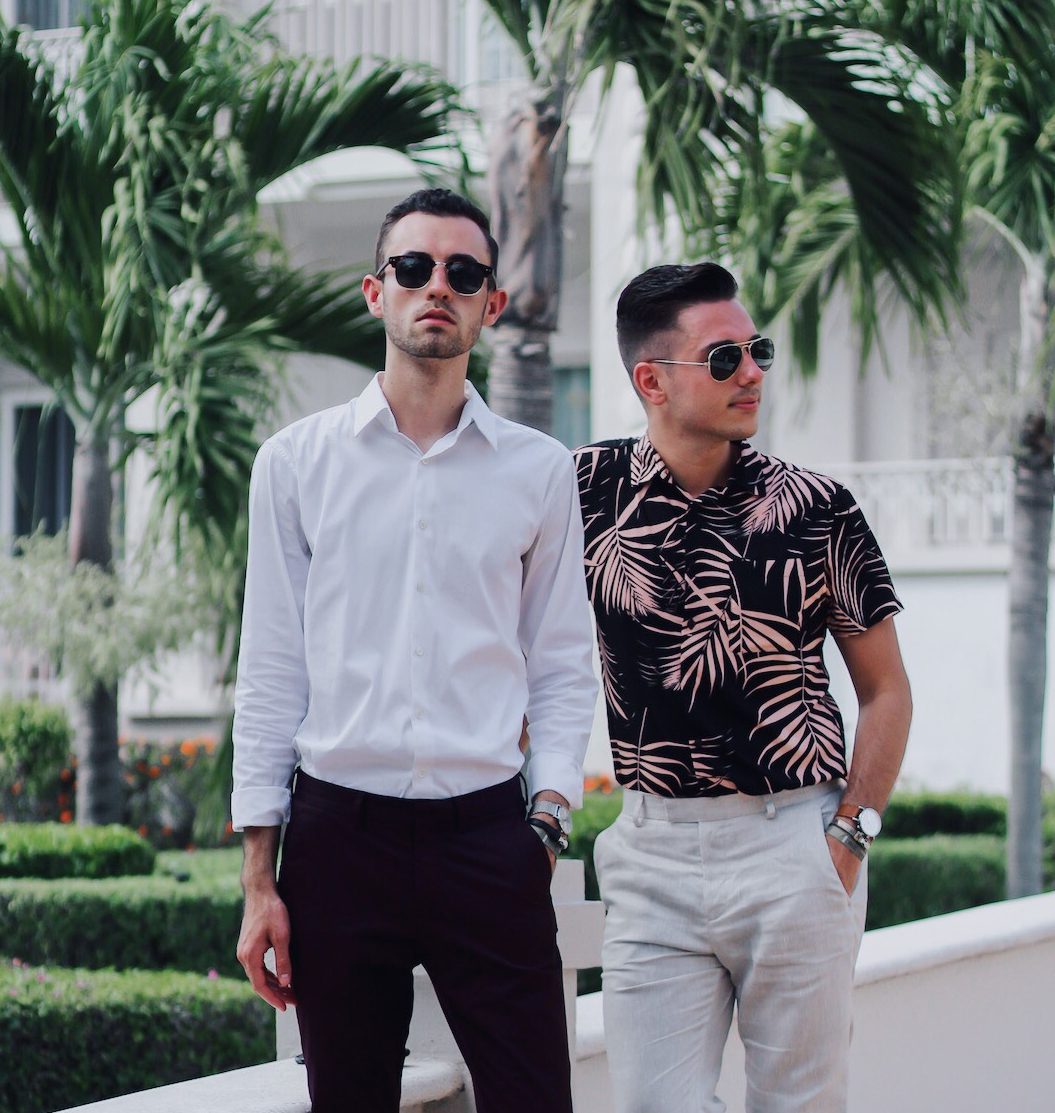 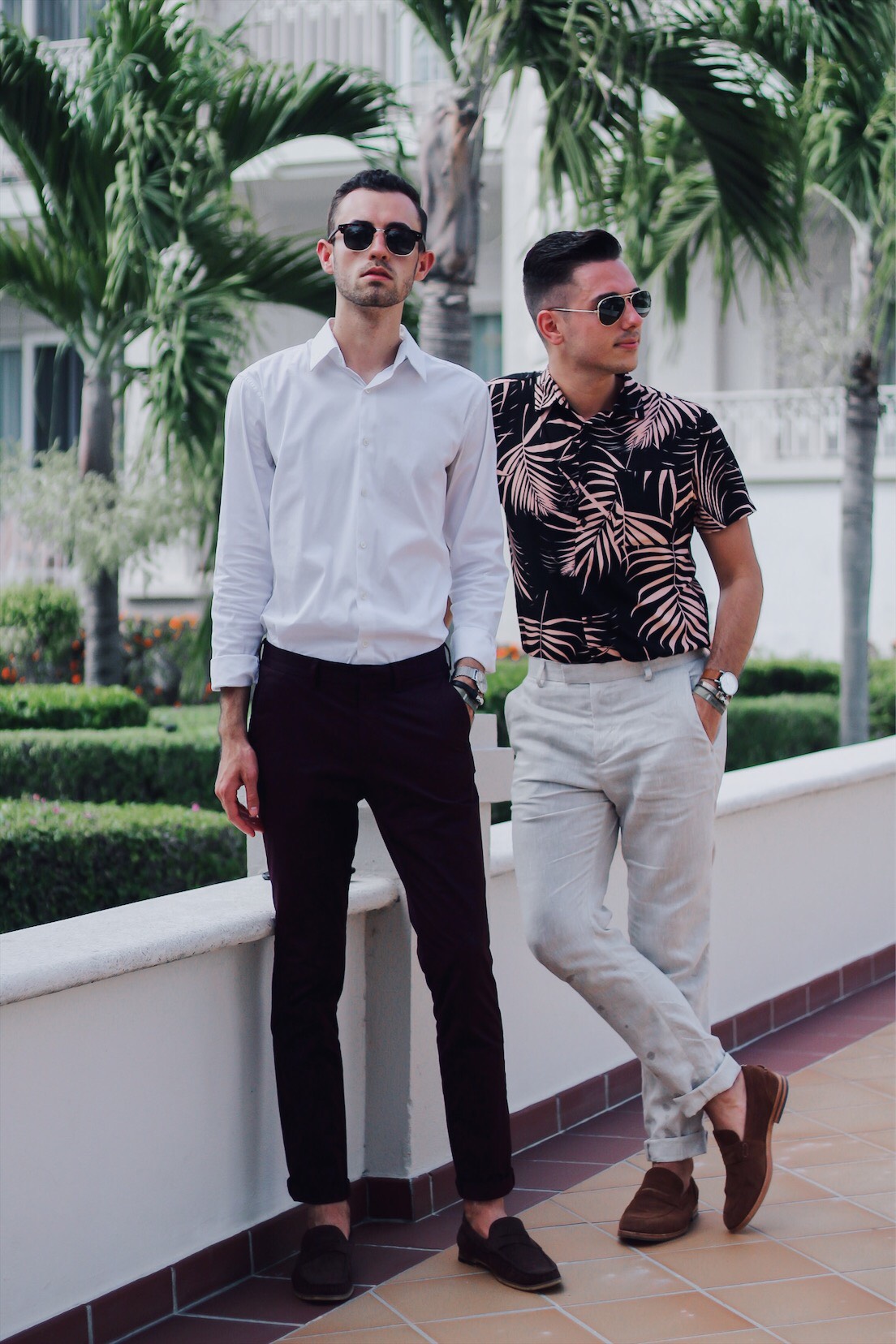 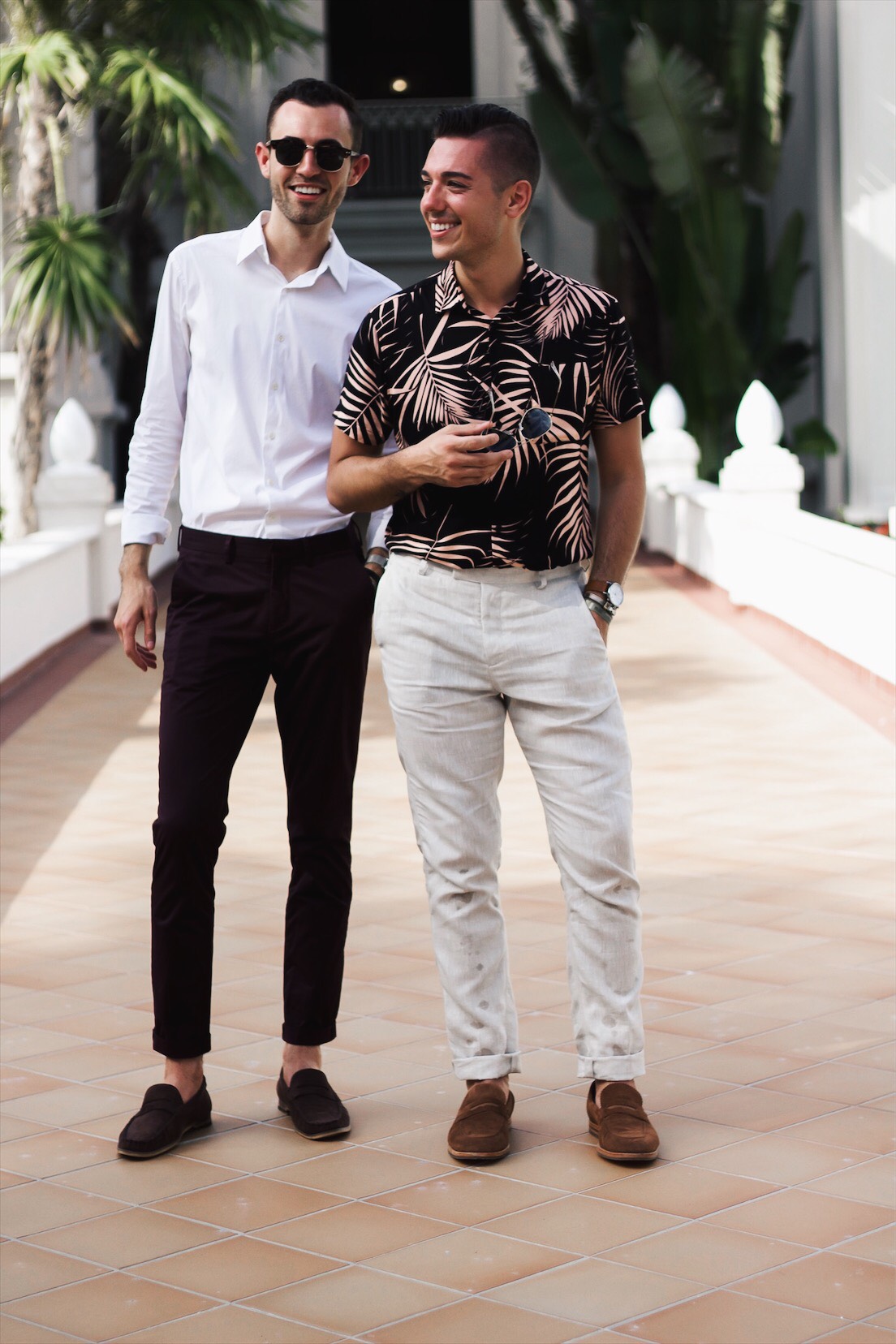 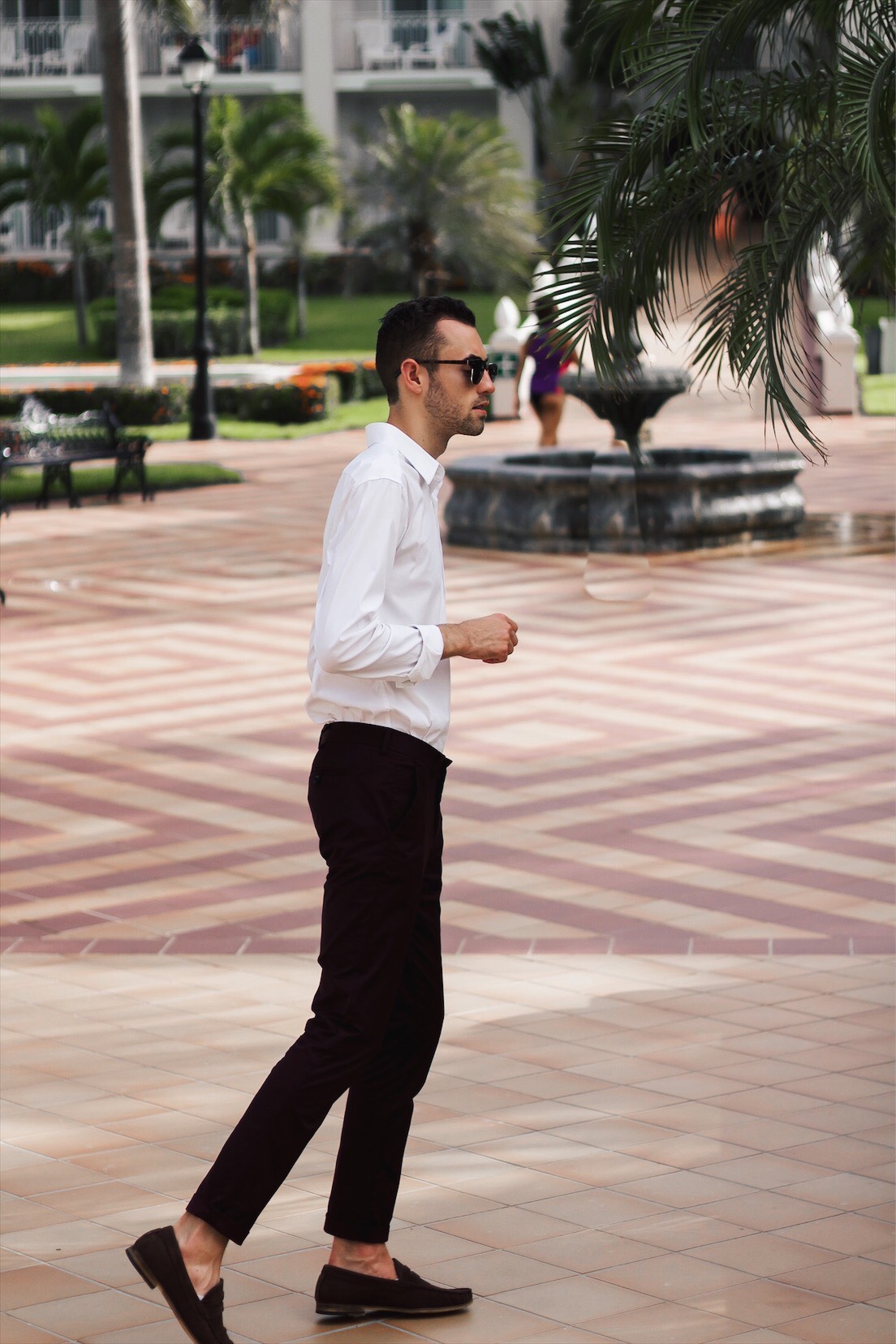 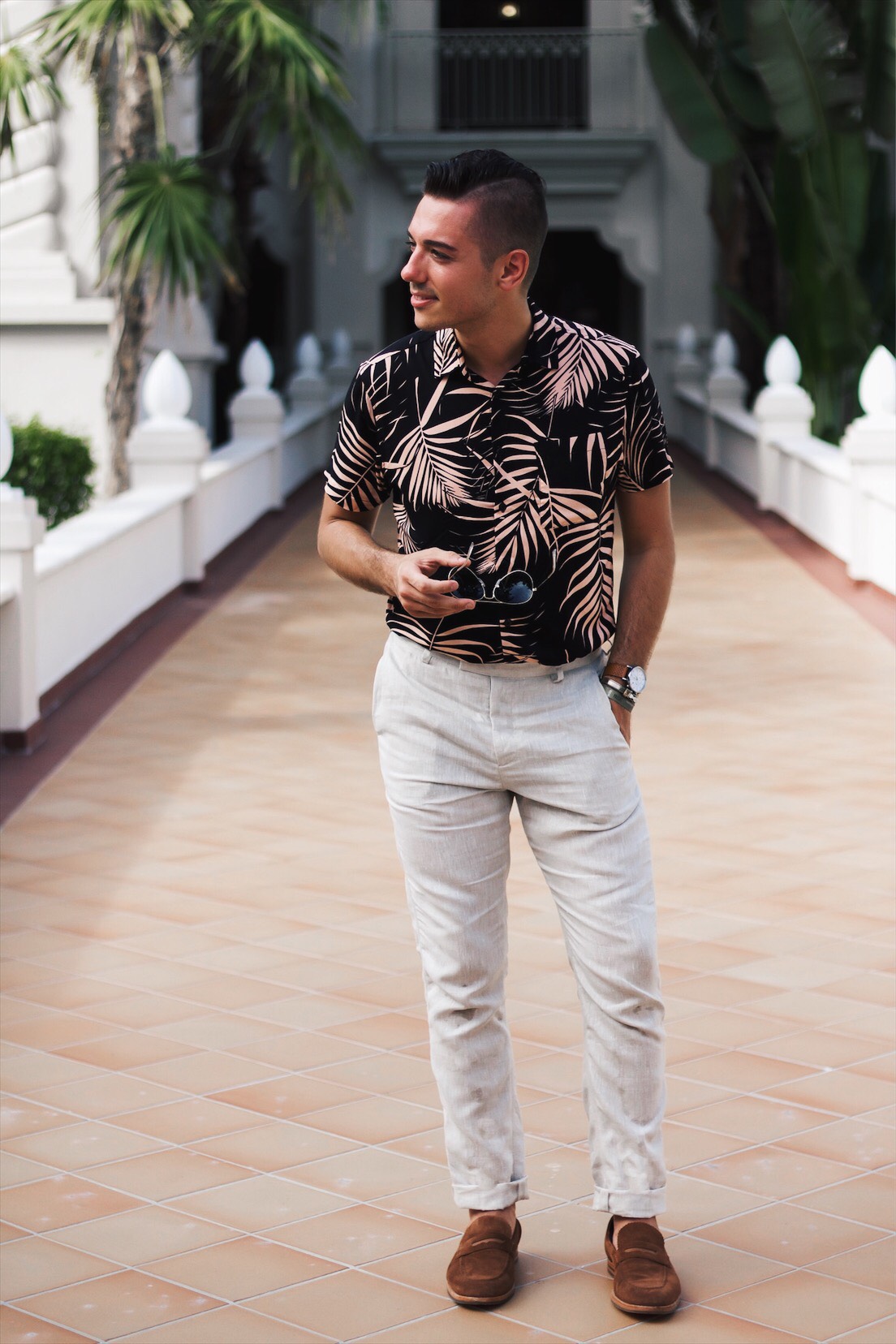 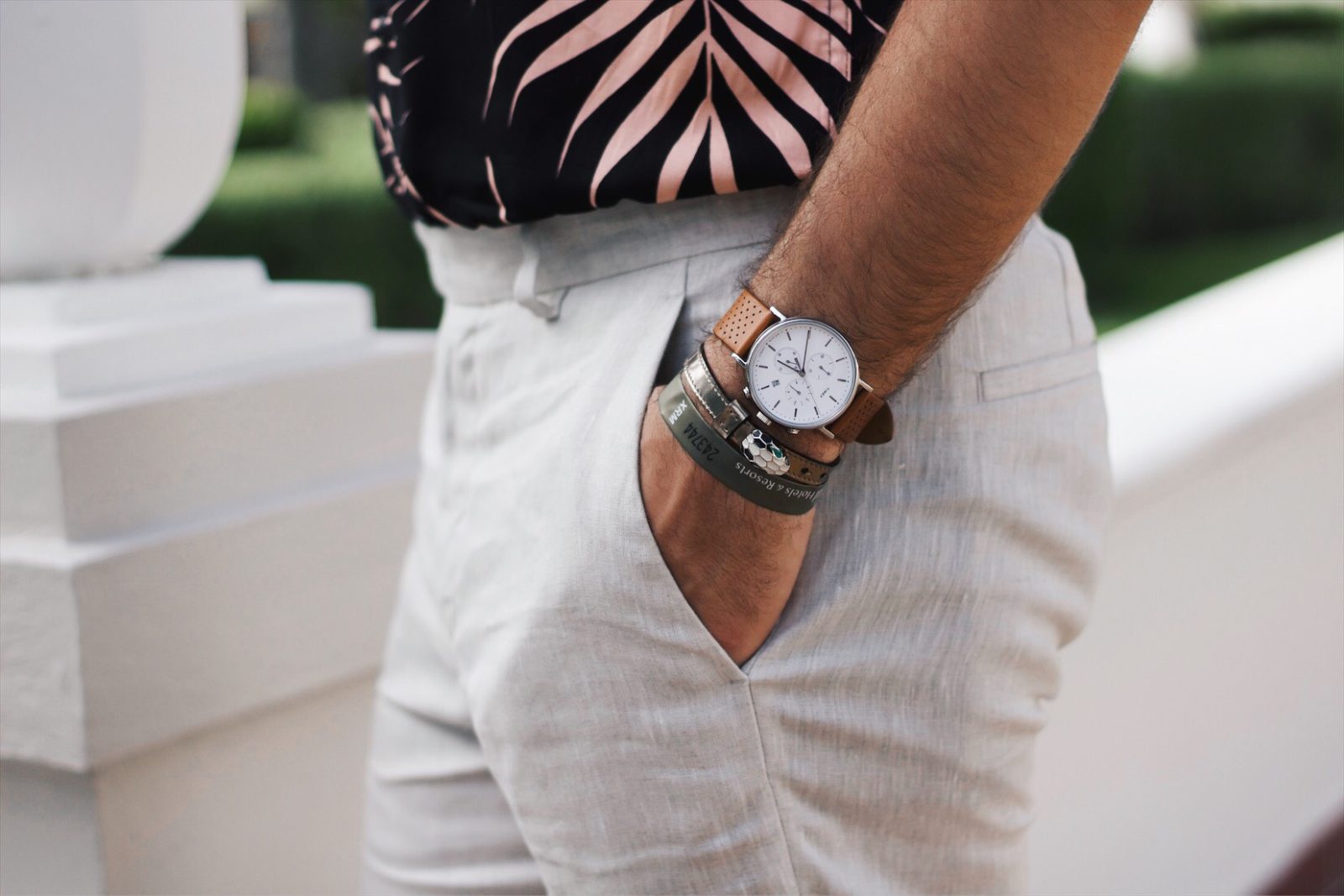 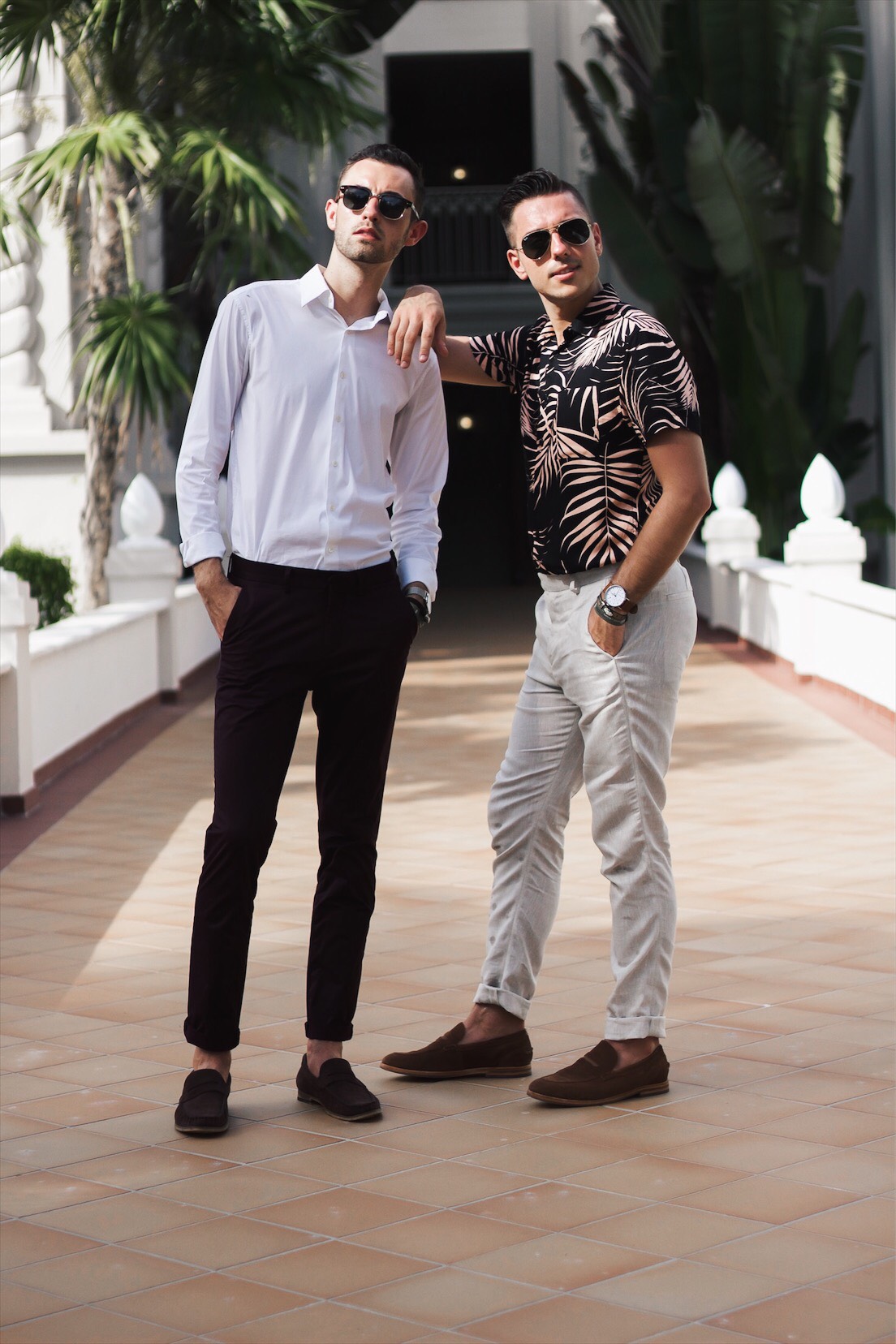 We’re officially back from paradise! We’ll be giving you a full recap of our trip later this week so stay tuned. Aside from lounging by the pool and drinking way too much champagne, we were so excited to watch Mike’s cousin marry the man of her dreams. Guys, the wedding was beautiful! With only 30 people, it was small and intimate. We couldn’t have thought of a better setup. Since it was in Mexico, we had to think of outfits that wouldn’t have us passing out within minutes of stepping outside. Spoiler alert: we still melted. Mike decided to go for a short-sleeved shirt from Primark. The material was super light and the pattern was perfect for a tropical wedding. For the bottom half, Mike chose a pair of linen pants from H&M. Since it was a million degrees out, the light material helped him stay cool. Since beach weddings tend to be a bit more casual, linen is the way to go. You still keeps things formal enough but add some lightness with the material. To finish the look, Mike went with loafers from Hudson Shoes. We love anything suede and these were perfect for a wedding on the beach. Alex went a bit more traditional. For the shirt, Alex chose a simple white button-down from Theory. You can’t beat a crisp white top. The pants are a hybrid between suit pants and chinos. The material is really light and also helped with staying cool. It was a good alternative to linen. Alex also chose suede loafers but these are from Primark. Guys, don’t knock Primark until you give it a chance. When it comes to basics, you’d be surprised at what you can find. As you can see, we both decided to go with loafers. We could have chosen something more traditional, like oxfords, but we wanted to keep things light. Loafers are the perfect choice for an outdoor wedding, especially one on the beach.

Both of these looks were perfect for a wedding in Mexico. We are so happy to have been able to share this special day with everyone. Have you ever been to a wedding on the beach? What did you wear? Let us know in the comments below!

What We Wore in Mexico